Referred to locally as “the island”, the dense cluster of trees towering above the surface of the lake at its southern end, is in fact an artificial island; otherwise known as a crannog. Clearly visible from the nearby carpark and children’s playground, its outward appearance exudes a sense of mystery. Rather than dampen this sense of mystery and enchantment, our digital project will add to it; by bringing it to life with a group of real people living in the middle ages. 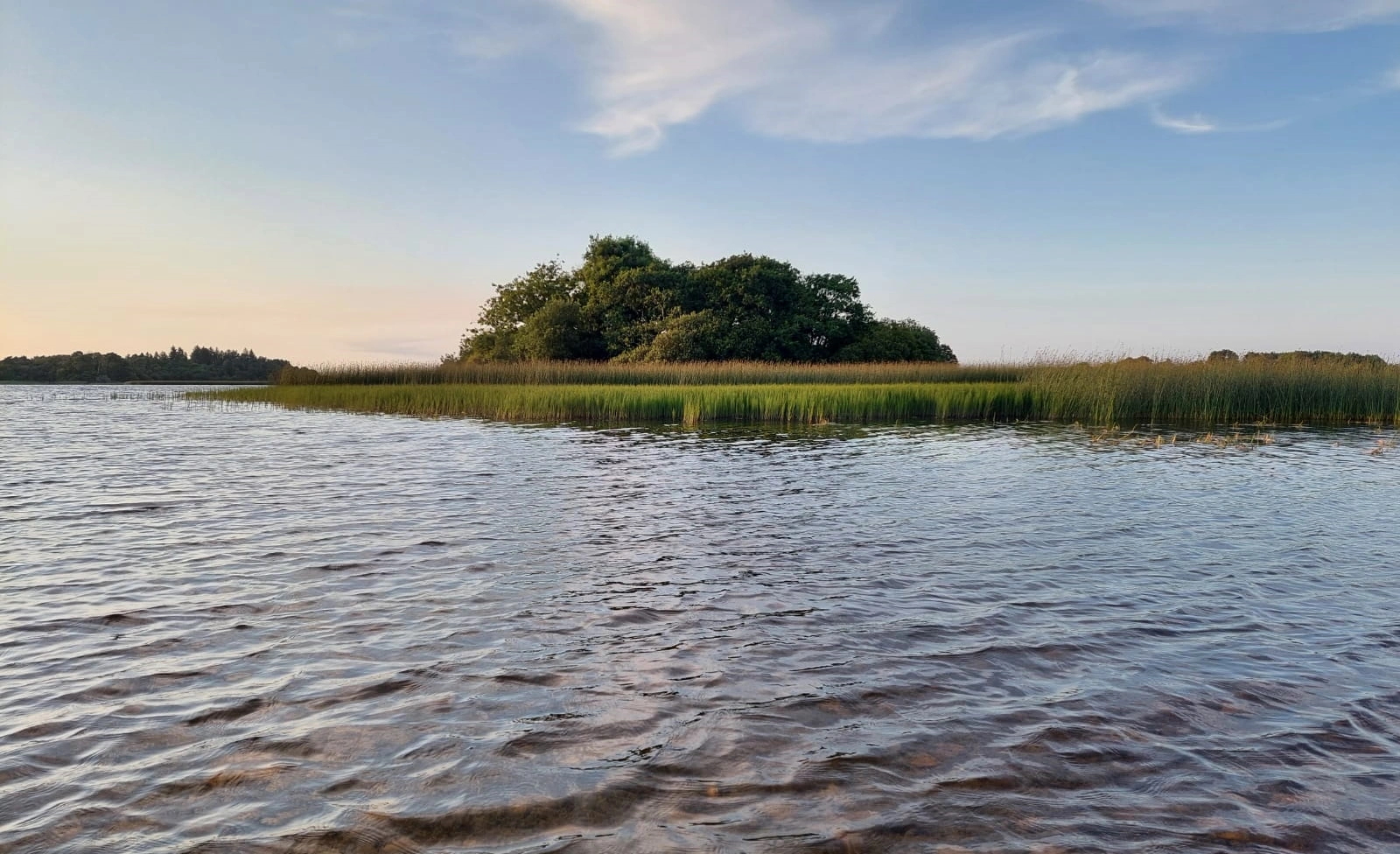 Archaeologists have investigated the crannog in the past and have carried out a number of surveys. Of particular interest are the original wooden stakes located around the crannóg. Some of these stakes are still visible through the water.

The National museum also has a number of items in storage that were found on the crannog itself. See Table 1. below. The harp peg suggests that harp playing was played on the crannog at some time in the past. The seal matrix, used for sealing letters in wax, has the print of a deer and would suggest that at some point, people based on the crannog were educated. You can see our history section for more information.

Lough O’Flynn is a special place for the people of Ballinlough. After all, we are “Baile an Locha”; the town of the lake. It is the reason why our ancestors survived and settled here. It is the soul of our community; a tranquil place for clearing the mind and letting natures beauty wash over. As Henry David Thoreau once wrote - “A lake is the landscape’s most beautiful and expressive feature. It is the earth’s eye; looking into which the beholder measures the depth of his own nature”. (https://www.goodreads.com)

Formed after the retreat of the last glacial ice sheets from the west of Ireland 10,000 years ago (www.spatial.dcenr.gov.ie), the lake lies between the resulting gravel eskers and moraines of Cloonalough and the colourful Cloonconra and Mountain Lower bogs. As a pristine freshwater lake with good stocks of brown trout, it is a favourite with anglers. As a place with secrets, it has, in the past, offered up works of significant antiquity; most notably a dugout canoe (1974) and bronze sword (1973). In recent years, the lake has been complemented by magnificent facilities including a new harbour, a children’s playground, picnic areas, lakeside walks and benches. These facilities were delivered by Ballinlough Development Association.

The Ballinlough Crannóg project showcases Ballinlough’s hidden jewel and brings it to life in the digital world. With funding provided by the Heritage Council of Ireland, Ballinlough Granlahan Heritage Group have developed two separate digital tools for people to experience and learn about the crannog on Lough O’Flynn. One is a short 3D animation, while the other is an interactive virtual environment for people to explore the lake and crannog at their leisure. The project is the first of many initiatives to celebrate the lake and its crannog. 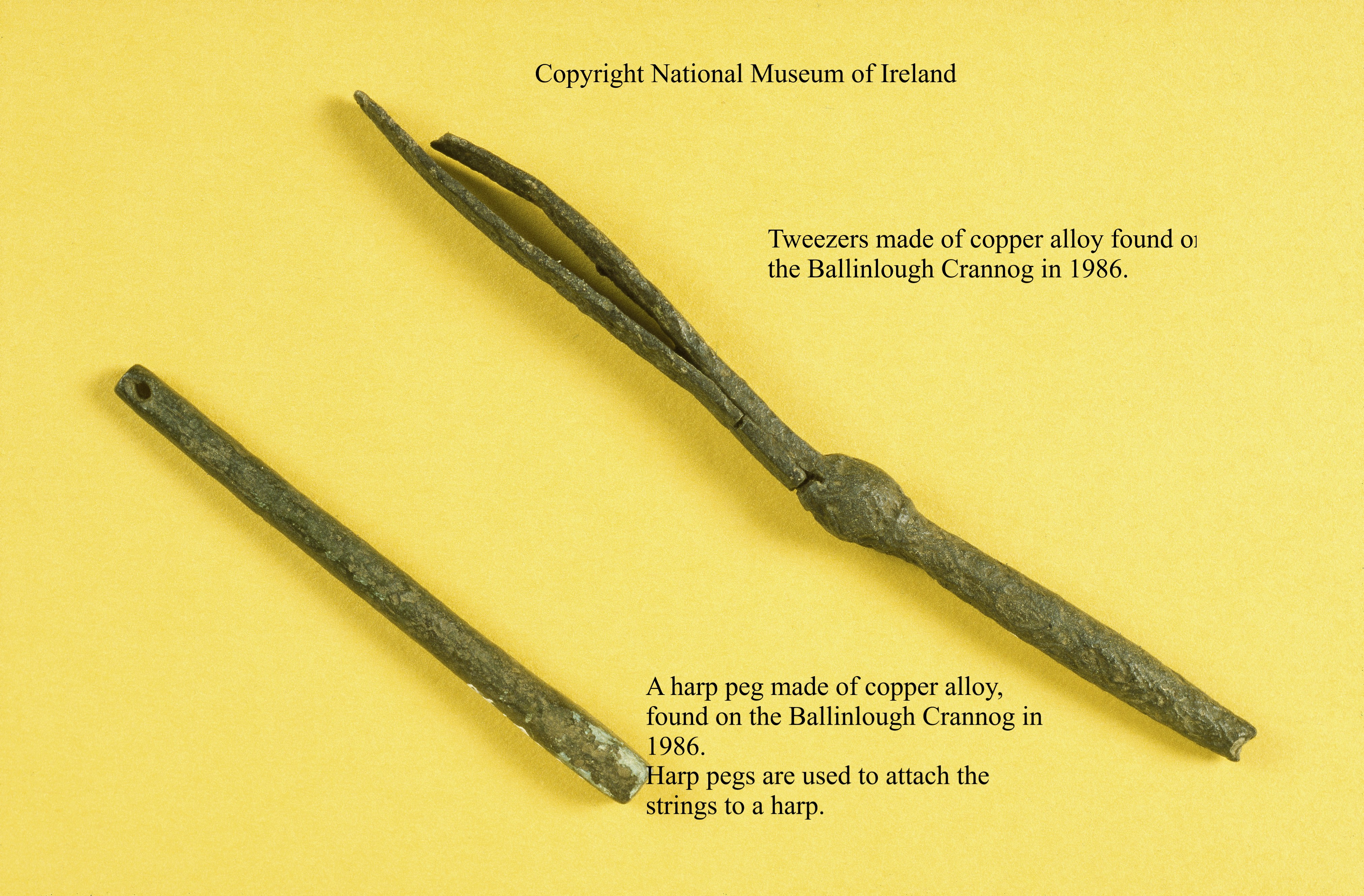 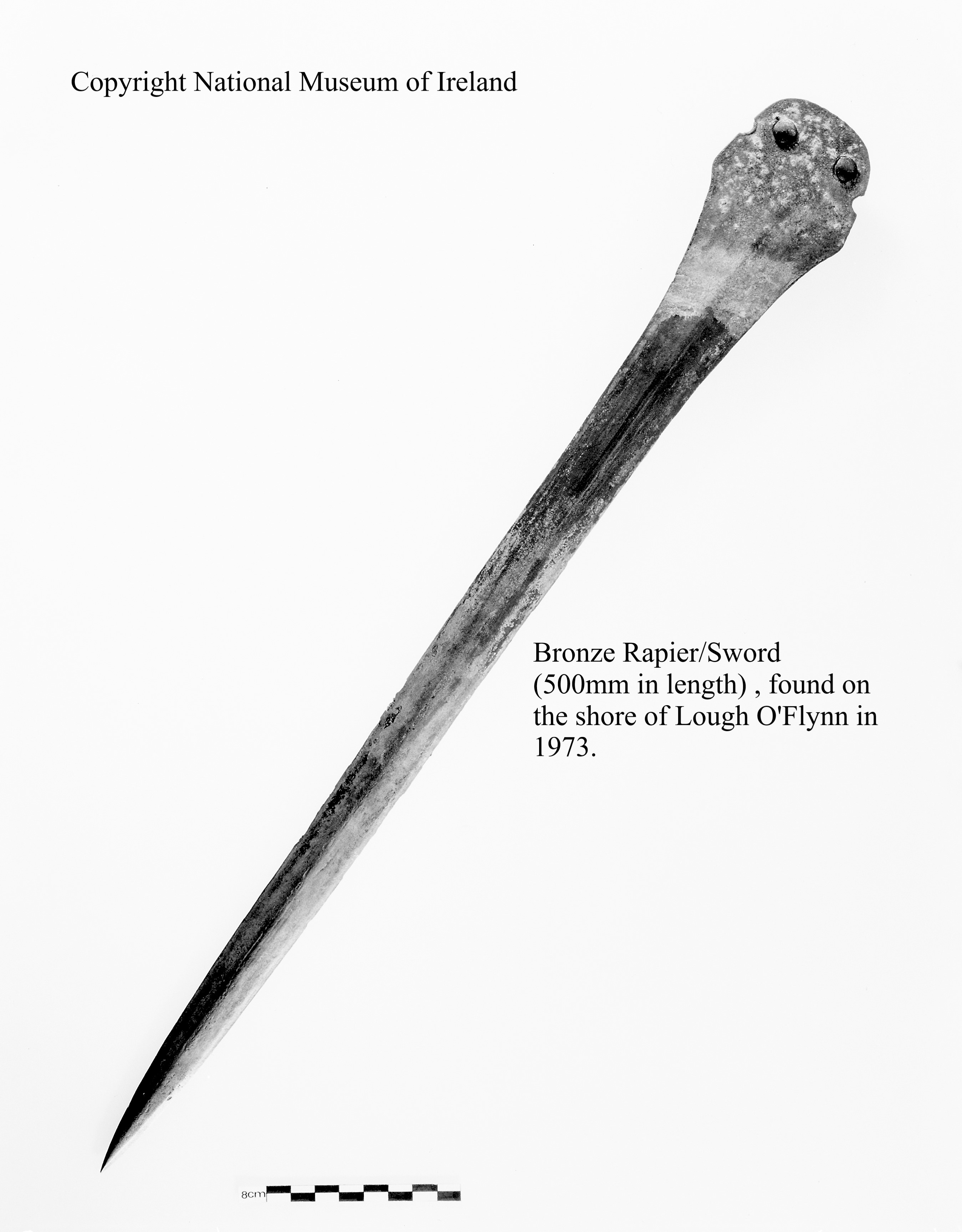 As well as having a long history with Ballinlough, the name O’Flynn or O’Floinn is bound with the parish of Kiltullagh; the parish to which Ballinlough belongs. H.T Knox writes that “ Sil-Mealruin was the tribe name of the 0’Flynns“ and that “its territory consisted of the parish of Kiltullagh and a part of Kilkeevin” (1903). He also refers to some of the earliest dates in which the O’Flynns are mentioned in the annals and writes that “the O’Flynns fought vigorously against the English” and that “Earl Richard’s subjugation of the O’Conors in 1286 made them give up hope and submit to the English” (1903).

The precise time of the withdrawal of the O’Flynn chieftain or subsequent groups from the crannog is not known. However, archaeologists have concluded that the crannog was inhabited until the late middle ages (Dermot P. Morris, 2018). This theory is supported by the discovery of a seal matrix in 1988. Seal matrices were an essential tool for preparing official documents during the late medieval and early modern periods (Castelle et al., 2020). In this regard, the discovery of a seal matrix indicates the important role that this crannog once played in the area that is now known as Ballinlough.

Dermot P. Morris, (2018). Ballinlough: A personal perspective on its history, evolution and development Volume 1, Printed in Ireland by Lettertec

The environment model for the lake and crannog extends to a 2km x 2km area and is built upon modern day aerial survey photography and a digital terrain model to give the model good spatial fidelity. Modern day features have been removed from the aerial survey and replaced with forestry and grassland. Although the crannog will have changed in appearance over the centuries, it is modelled here on its likely appearance in the middle ages; with a palisade boundary and round thatched buildings made of turf, mud and wattle.

Activities and other features depicted in the animation include:

This downloadable immersive experience allows you to take control of exploring this virtual Crannóg and its environment.

In order to run the simulation, please do the following: 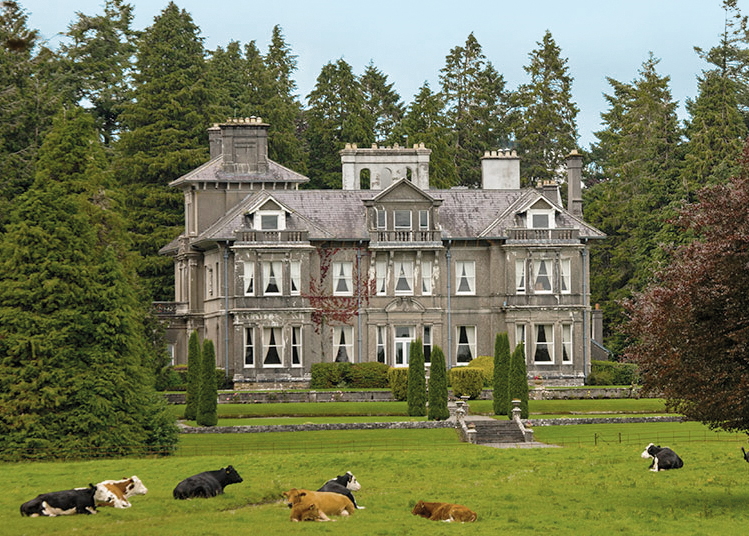 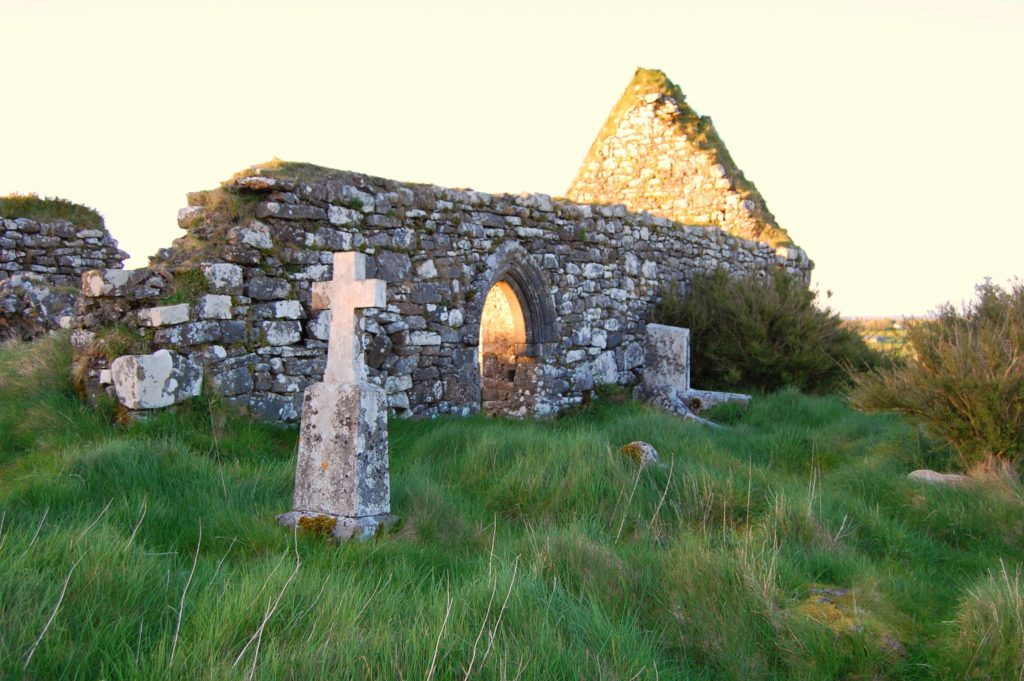 Kiltullagh Church , Granlahan ( built in 16th century, burned down by English Parliamentarians in 1651)

Rathcroghan is a complex of archaeological sites near Tulsk in County Roscommon, Ireland. It is identified as the site of Cruachan, the traditional capital of the Connachta, the prehistoric and early historic rulers of the western territory.